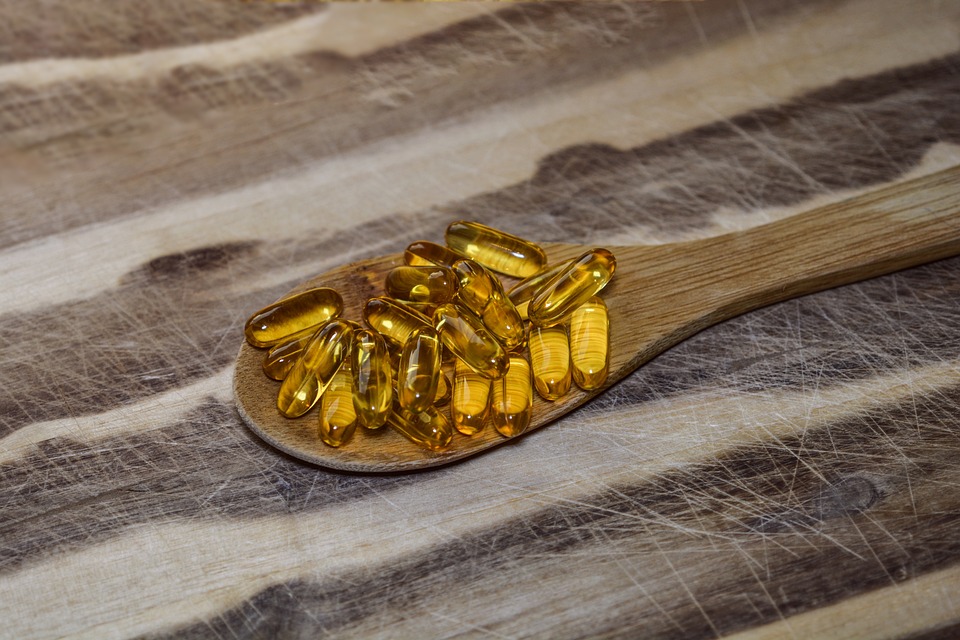 New research suggests that diets rich in fish and fish oil supplements might not actually prevent heart disease, despite previous claims. There is a lot of evidence to support the idea that fish consumption and omega-3 supplementation are good for your heart. This is supported by a huge body of research studies. However, a large study recently examining the role of omega-3-enriched margarine as a functional food for the secondary prevention of heart attacks revealed negative results.

Using a meta-analysis, other investigators also showed insufficient evidence of a secondary preventive effect of omega-3 fatty acid supplements against overall cardiovascular events among patients with a history of cardiovascular disease. The release of these studies has led people to question the idea that omega-3 fats have positive effects on heart health and has resulted in disagreement over whether fish oil and omega-3 supplements are beneficial. ” In 2002, The American Heart Association announced that “randomized controlled trials have demonstrated that omega-3 fatty acid supplements can reduce cardiac death, nonfatal MI, nonfatal stroke, and atherosclerosis in coronary patients.”

More research needs to be done to confirm the health benefits of omega-3 fatty acids for both primary and secondary prevention. While Lovaza is indicated for lowering elevated triglycerides, it’s labeling specifically states that “the effect of Lovaza on cardiovascular mortality and morbidity in patients with elevated triglyceride levels has not been determined.” In late 2004, the FDA also announced, “Supportive but not conclusive research shows that consumption of eicosapentaenoic acid [EPA] and docosahexaenoic acid [DHA] omega-3 fatty acids may reduce the risk of coronary heart disease.”

A recent investigation showed that 60% of U.S. clinicians surveyed agreed that one of their roles as healthcare professionals is to provide information to patients about appropriate dietary supplements. The most popular supplements among cardiologists were multivitamins, omega-3/fish oil, and vitamin C. This is according to a new survey. Most people in the US take fish oil supplements every day because a lot of healthcare professionals tell the general public to use them every day. The question still remains as to whether fish oil is cardioprotective or not. What happens to the potential advocacy by health care professionals when they are faced with a patient who refuses a recommended course of treatment? This article will review recent literature and recommendations on food supplements. It is up to the consumers to do their research on the benefits of fish oil and to speak with their doctor to see if it is right for them.

There is evidence dating back nearly 20 years that omega-3 fatty acids stabilize heart rhythms, which comes from the Diet and Reinfarction Trial (DART). The DART trial, conducted by Dr. Michael Burr at the University of Wales in 1989, was the first randomized clinical trial demonstrating the benefits of fish oil. The study involved 2,033 men who had had a previous heart attack. Those who followed the advice to eat fish twice a week had a 29% lower risk of dying from any cause over the course of two years compared to those who did not receive this dietary advice. Dr. Burr and his colleagues thought that the small amount of omega-3 fatty acids that you get from eating fish probably stop your heart muscle from making electrical signals that could cause a deadly heart rhythm.

A different study of 360 patients with symptoms of a heart attack found similar results to the DART study, but the patients in this study took a higher dose of omega-3s from fish oil capsules. Patients who were given 1,080 mg per day of eicosapentaenoic acid (EPA) and 720 mg per day of docosahexaenoic acid (DHA), totaling 1,800 mg per day in this study conducted in India, suffered less cardiac death (48% reduction) and sudden cardiac death (76% reduction), as well as a 54% reduction in dangerous heart rhythms.

A large number of experimental studies have shown that omega-3s have a stabilizing effect on heart rhythms. Fatty acids impact the way that heart muscle cells communicate with each other, which helps to prevent dangerous arrhythmias. The omega-6 fatty acids from polyunsaturated vegetable oils may increase the potential for arrhythmias, while the omega-3 fatty acids may decrease the potential for arrhythmias. Fish oil also reduces the amount of the blood-clotting protein fibrinogen and prevents blood clotting by platelet aggregation. This would prevent the formation of blood clots on the active, ruptured coronary plaque, which could contribute to heart attacks. Heart attack is notorious for destabilizing heart rhythm.

If you take omega-3 fatty acids from fish oil regularly for a few months, it will noticeably reduce the number of times you experience abnormal irregular heartbeats. In the recent ATTICA Study, a detailed analysis of electrocardiograms (EKGs) showed that participants who consumed more than 300 grams of fish per week (about 11 ounces, or two to three small servings) had shorter QT intervals, a measure of heart rhythm stability. This means that people who eat fish are less likely to have heart problems.

The usefulness of omega-3 fatty acids for the suppression or prevention of abnormal heart rhythms is not clear.

Studies done on patients have shown that omega-3 fatty acids can reduce the chance of death from heart disease and heart rhythm abnormalities. Prescription medications designed to normalize heart rhythms may be effective, but they also come with an increased risk of mortality.

An unanswered but intriguing question is whether fish oil suppresses the common arrhythmia known as atrial fibrillation. About 10% of people over age 80 suffer from atrial fibrillation, which is a common reason for hospitalization. Atrial fibrillation not only increases the risk of stroke but also contributes to the formation of blood clots in the left atrium that can break off and circulate in the bloodstream. Since current medical treatment for atrial fibrillation comes with many side effects and is not very effective, it is important to find better therapies. Fish oil has been shown to decrease atrial fibrillation in non-human experiments, so there is a possibility that it could prevent this heart condition in humans as well.

It is difficult to prevent atrial fibrillation in a broad population since the rhythm develops in only a small percentage of people during the limited period of a study. A good way to study this question is to look at people who are having heart bypass surgery since about a third of them will have atrial fibrillation afterward. A recent study found that taking EPA-DHA supplements reduced the occurrence of atrial fibrillation by almost half in patients undergoing heart surgery. This is significant because the only other treatments that have been shown to be as effective carry a risk of serious side effects. Omega-3 fatty acids had little to no side effects in contrast to other options.

To date, there is a large body of research supporting several mechanisms by which omega-3 fatty acids can reduce the risk of death from cardiovascular disease.

Reducing the levels of very-low-density lipoprotein (VLDL) and VLDL apo B particles is the mechanism by which omega-3s help to reduce triglycerides. Omega-3s also help by reducing plasma lipolytic activity (the activity that breaks down fats) and by stimulating the beta-oxidation of other fatty acids in the liver (the process by which the body breaks down fats for energy). Fish oil supplements do not have a significant impact on LDL levels.

Fish oils have antiplatelet activity, meaning they prevent blood cells from sticking together and also reduce fibrinogen levels. Some experts believe that taking 3 to 4 grams of vitamin C per day is necessary, while others believe a lower dose is sufficient. Platelets are cells that come from the bone marrow. They help to form clots at sites where blood vessels are injured. Platelets are able to detect the presence of collagen, a protein in the walls of blood vessels that is not typically exposed to blood. Platelets aggregate to form a clot when the lining of a vessel is disrupted, and exposed collagen activates them. A study from 2011 found that taking omega-3 fatty acids can decrease platelet sensitivity to collagen, which reduces the tendency for clotting.

The main reason for sudden cardiac death is an extended ventricular arrhythmia. Research indicates that EPA-DHA may help to slow heart rates and reduce the frequency of arrhythmias, as well as potentially reduce the occurrences of sudden cardiac death in some cases. A few studies have indicated that fish oil could be helpful in preventing atrial fibrillation, especially in patients who have a higher risk of developing it after having coronary artery bypass surgery.

Fish oil is the best way to get EPA and DHA, two important omega-3 fatty acids. You can find these fatty acids in cold-water fish like wild salmon, halibut, and mackerel, as well as fish oil supplements.

Numbers in parentheses refer to specific sections in the text. Data that already exists suggests that a dose of fish oil containing around 1,400-2,000 mg of EPA and 1,000-1,500 mg of DHA is probably going to have positive effects on heart rhythm. This dosage is the same as the one used in the GISSI-Prevenzione trial, which resulted in a significant decrease in cardiovascular events.

ALA is an omega-3 fatty acid found in flaxseed, walnuts, and canola oil. Less than 10% of the amount of alpha-linolenic acid you eat is turned into active EPA or DHA since most of it is used for energy. Although these sources may not be the best, they can still provide you with the omega-3 fatty acids you need for good health. Even though more research needs to be done, some evidence suggests that alpha-linolenic acid could also help prevent certain heart conditions that can lead to sudden cardiac death.

Omega-3 fatty acids are important for maintaining a healthy heart, and most of us cannot get enough of them through diet alone. Fish oil capsules or liquids are an easy way to get the omega-3s we need to help prevent dangerous heart arrhythmias. You should speak to a doctor before taking fish oil supplements if you are already taking the medication warfarin.

Fish-Oil Supplements on the Market

The original fish-oil supplement is cod liver oil. There are several reasons why taking omega-3 capsules is preferable to eating fish. The capsules have a higher ratio of EPA to DHA, there is less risk of mercury and PCB contamination, and there is less potential for vitamin A and D toxicity with high levels of supplementation. Fish-oil capsules that are free of significant mercury and PCB contamination are manufactured, and industry standards for monitoring and disclosure are relatively stringent. The new technology for EPA-DHA formulations offers different ratios to target specific clinical goals. Even though EPA and DHA might have different positive effects on heart health, we don’t yet know the ideal ratio of the two for preventing heart disease.

The world of arrhythmias is confusing for physicians and cardiologists. The strategy of suppressing abnormal heartbeats with prescription medication does not improve outcomes often, as the experience with heart rhythm drugs has shown us.

Omega 3 fats are essential for heart health, and a lack of them in the American diet may be a major cause of cardiovascular disease, particularly dangerous heart arrhythmias. Fish oil supplements that are high in omega-3 fatty acids could potentially be used to help treat rhythm disorders that are caused by a basic nutritional deficit. 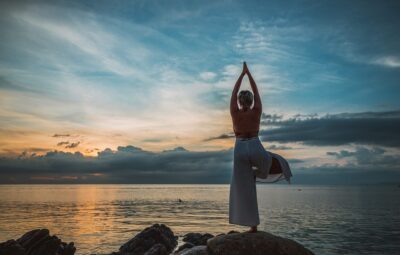 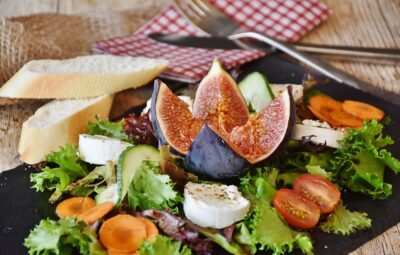 The Foundational Five: A Simple Way to Eat Well Every Day 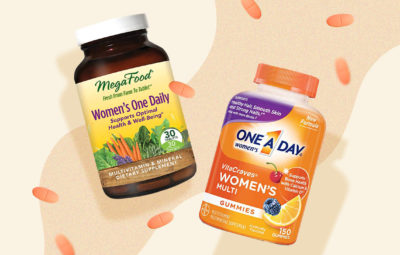 What Are The Best Vitamins For Women? 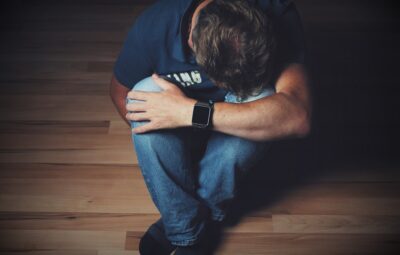 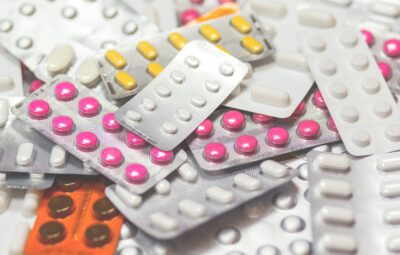 The Overdose Risks of Vitamins: Why Proper Dosage Matters 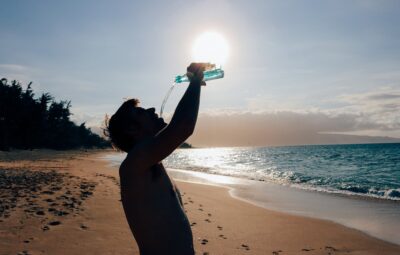 All About Drinking Water