How to Lower Your C-Reactive Protein (CRP) Levels 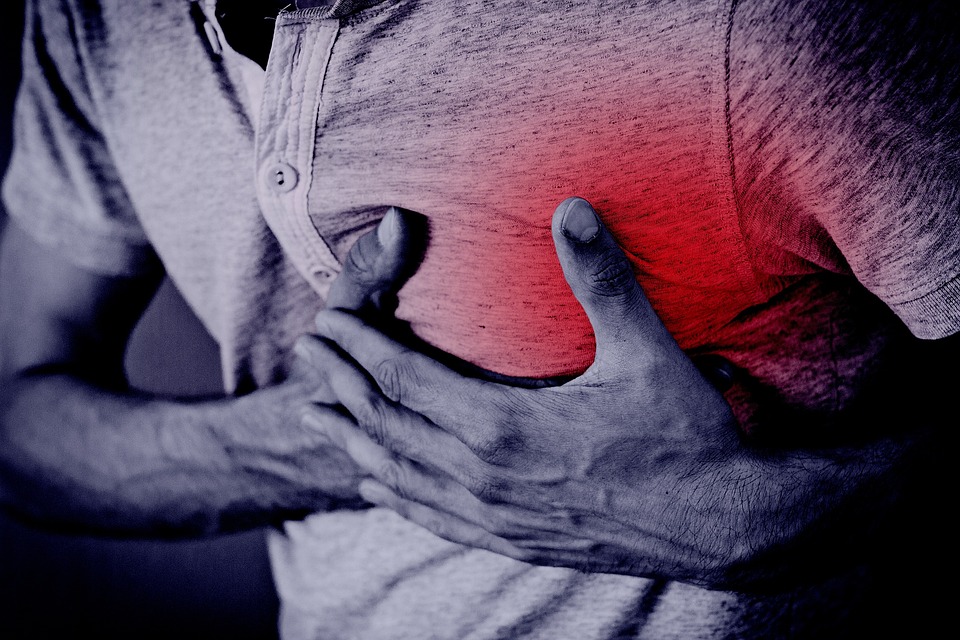 Inflammation is now known to be caused by C-reactive protein (CRP), which was previously thought only to be a marker for the condition. The CRP blood test is a simple way to help lower your risk of heart disease, cancer, and diabetes.

Have you had your CRP levels tested? Because this simple blood test might just save your life, you should get it done.

C-reactive protein (CRP) is a protein that is produced in the liver in response to inflammation. It is used as a marker of inflammation in the body. CRP levels are found to be high in practically every known state of inflammation. Even if you are feeling healthy, having a high CRP level could be a sign that you are at risk for degenerative disorders, such as heart disease, cancer, and diabetes.

If you know what your CRP status is, you are in a good position. If your body is experiencing chronic inflammation, there are steps you can take to lower the levels and reduce your risk of a variety of disorders.

CRP is produced by everyone but in differing amounts. This is due to various factors like genetics and lifestyle choices. On average, individuals who smoke, have high blood pressure, are overweight, and fail to exercise tend to have high levels of CRP, whereas thin, athletic individuals tend to have lower levels. This is likely because smoking, high blood pressure, being overweight, and failing to exercise are all risk factors for inflammation. CRP levels vary between different people, with almost half of the variation being inherited. This inheritance reflects the CRP levels of parents and grandparents, passed on through their genes. This makes sense because CRP has a big part in controlling inflammation, which is crucial for things like healing wounds and protecting against bacteria and viruses. This text discusses how research has found that too much inflammation can have negative consequences, specifically for the blood vessels that transport oxygen and nutrients throughout the body. Scientists have determined that atherosclerosis, which is the buildup of cholesterol in arteries, is similar to arthritis in that it is an inflammatory disorder of the blood vessels.

Many studies have found that blood markers that reflect the inflammatory process are elevated among individuals who have heart disease. In all phases of heart disease, inflammation is thought to play an important role, including the early development of atherosclerotic plaques within the arteries, as well as the acute rupturing of these plaques that can lead to heart attack and sudden death. Markers of inflammation have not been traditionally suitable to use in physician’s offices. In contrast, CRP is much more stable and can be measured much more easily.

Why Do I Need Both CRP and Cholesterol Measured?

You cannot predict your CRP level based on your cholesterol level, but both cholesterol and CRP can be used to predict risk. Each different blood test for the disease detects a separate component of the disease process. This effect is showing that people who are initially healthy and have high levels of CRP and LDL cholesterol are at a higher risk for cardiovascular events. The risk of death is highest in people with high levels of both LDL and CRP, and lowest in those with low levels of both markers. One in four people will have a high CRP level and a low LDL level. This means that people who have both high LDL and high CRP levels are more at risk than people who just have high LDL levels. If physicians only relied on cholesterol screening, they would miss individuals who have high CRP levels.

What C-Reactive Protein Can Reveal About Your Health

The C-reactive protein test is used to diagnose inflammatory disorders such as rheumatoid arthritis and Crohn’s disease. It can also help to distinguish between inflammatory and functional bowel disorders.

However, as we continue to research diseases that are associated with inflammation, CRP is proving to be a helpful tool for both diagnosis and risk assessment. There are two major killers of Americans: cardiovascular disease and cancer. This is especially the case.

CRP and the Risk of Cardiovascular Disease

There is a strong correlation between high levels of CRP and an increased risk of heart attack, stroke, sudden cardiac death, and the development of peripheral arterial disease, according to over a dozen major studies. CRP levels are used by doctors to predict recurrent coronary events in patients with heart disease and to determine the prognosis for patients in the acute phase of a heart attack. Most importantly, CRP is currently used in primary prevention to detect high risks among individuals who are not yet known to have a problem.

Those with high levels of CRP are about 2-3 times more likely to have an illness or condition than those with lower levels. If you are having your CRP levels checked for the purpose of assessing your risk of developing cardiovascular disease, it is important that your physician request a “high-sensitivity” test. Older tests for CRP do not accurately measure levels within the range needed to detect cardiac risk. Laboratories are now specifying that the “high-sensitivity CRP” or “hs-CRP” test is offered to remind doctors of this issue. The test is a simple and inexpensive blood test, like the cholesterol test. Adding a CRP evaluation at the time of cholesterol screening is the easiest way to assess overall risk.

Cancer is now known to be related to a person’s overall inflammation status, so there is more interest in using CRP as a way to predict cancer outcomes. There is a large body of evidence indicating that CRP is a major factor in promoting inflammation, which has led to a great deal of interest in finding ways to lower a person’s CRP levels in order to reduce their risk of cancer or to help them recover if they already have cancer.

A high CRP level is associated with the development of lymph node metastases in men with penile cancer, which is a sign of poor outcomes.

Patients with colon and/or rectum cancers who have high levels of CRP are more likely to survive. Higher levels of CRP were associated with more advanced stages of cancer, including lymph nodes and distant metastases, invasion of blood vessels, and nerves. Patients with a CRP level greater than 5 mg/L had a 13.3% chance of survival after 5 years, while those with a lower CRP level had a 57% chance of survival. Indeed, one study indicated that CRP was the only marker that was an independent predictor of disease-free survival.30 CRP concentrations were higher in a group of colorectal cancer patients, at 2.4 mg/L, compared with 1.9 mg/L in healthy controls, and those with the highest CRP were 2.6 times as likely as those with the lowest levels to develop such cancers.

High levels of CRP in the blood at the time of diagnosis for pancreatic cancer indicate a 121% increased risk of death from the disease.

In breast cancer, a CRP level of greater than 10 mg/L, compared with a level of less than 1 mg/L, is predicted:

How to Lower Your Elevated C-Reactive Protein Level

The question you are likely wondering is how you can lower your CRP test levels, as they are closely tied to cardiovascular disease and cancer.

Your lifestyle plays a role in how much CRP is in your body. Trans fats can increase CRP levels, which increases cardiovascular risk

A study found that ideal health behaviors could lower CRP levels. A study found that people who had four to six “ideal behaviors” had a 32% reduction in their CRP test levels. Studies have shown that exercising by yourself can lower your CRP levels. The level of CRP has a direct impact on how effective exercise is in reducing it.

Eating foods cooked at a high temperature can increase inflammation.

You can reduce the amount of pro-inflammatory cytokines and CRP in your body by avoiding food that has been cooked at a high temperature. This will help to reduce the inflammation that is common in older people.

If Americans could change the way their food is prepared, they would not have to take pain-killing drugs that have a lot of side effects.

Certain cholesterol-lowering medications, like statins, have been proven to reduce CRP levels in patients who have elevated blood lipids. In fact, one study using rosuvastatin (Crestor®) showed that healthy people without raised blood cholesterol but with CRP levels greater than 2.0 mg/L reduced high sensitivity-CRP levels by 37% and reduced the frequency of major cardiovascular events (though the study didn’t address the long-term consequences of statin therapy). There are other ways to lower CRP levels without a prescription.

The table shows that there are 17 nutrients that can lower CRP levels.

You can determine your C-reactive protein level with a low-cost blood test.

If you lower your CRP level, you will be preventing chronic inflammation from developing into a deadly illness.

WHAT ARE OPTIMAL C-REACTIVE PROTEIN LEVELS?

People who weigh more typically have higher levels of CRP because abdominal fat produces conditions that are conducive to the over-production of pro-inflammatory cytokines, which in turn, causes CRP levels to increase. Obesity puts individuals at a greater risk for developing degenerative diseases because they are in a chronic pro-inflammatory state.

One way to lower CRP levels for many people is to lose weight, specifically abdominal fat.

At What Age Should I Be Tested?

A doctor would recommend you get your CRP levels checked in your mid-30s, which is around the same time they would check your cholesterol levels. There is evidence that suggests that the levels of CRP in your teens and 20s are likely to be the same as the levels later in life. Elevated CRP levels indicate an increased risk over the next 30 to 40 years. This means that there is plenty of time to make lifestyle changes and, if necessary, start taking medication to prevent a first heart attack or stroke.

You don’t have to fast before having a CRP test, and it can be done at any time of day. 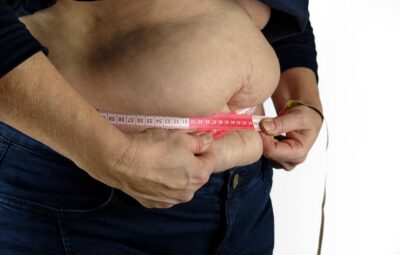 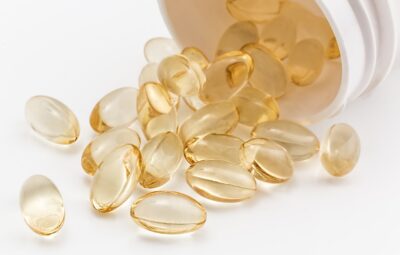 Tell Me: How Much Vitamin D Per Day Do I Need? 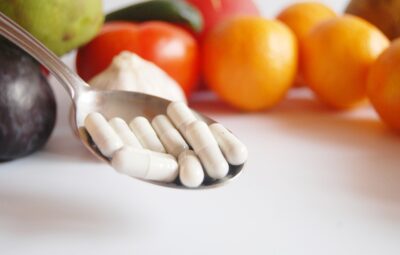 Vitamins: Types, Functions & Sources — All You Need to Know! 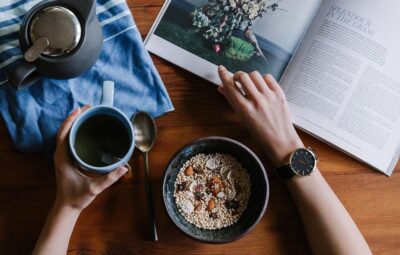 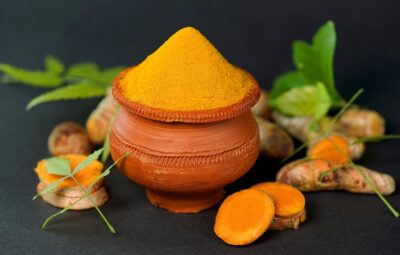 Can Curcumin Turmeric Cure My Depression 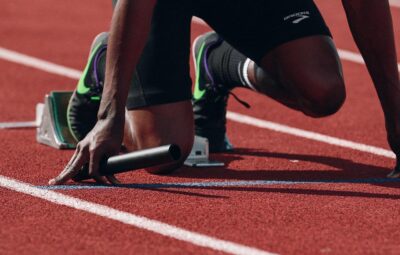