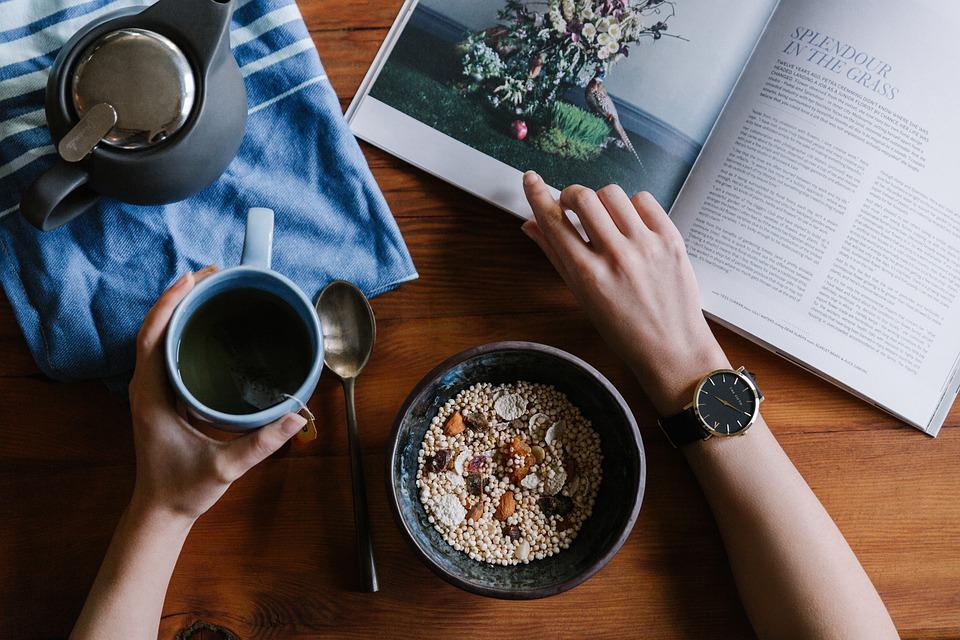 What is intermittent fasting?

Fasting is a weight control method that is as old as time. All you have to do is abstain from consuming calories for a set period of time. There is no need to adhere to a certain diet or keep track of the calories you eat.

Because people don’t eat constantly, the body has developed a way to store energy so it can be used between meals.

The fed-fast cycle is a predictable pattern that occurs after a meal, where the level of functioning of most pathways fluctuates. The time frames of the cycle can vary depending on the food eaten, the size of the meal, and the person’s activity level.

Our blood sugar and lipid levels rise when we eat carbohydrates and fats.

This initiates the release of insulin from the pancreas. Insulin helps the body’s various tissues absorb glucose and lipids, which provides the tissues with energy.

It takes about 3 to 18 hours for the amount of glucose and fat in your blood to go back to normal after you eat, depending on how active you are and how much you eat. After that, your body has to use stored glucose (glycogen) and fat for energy. A hormone called glucagon, which is made by the pancreas, helps break down glycogen and fat to give your body energy between meals.

Glucagon starts a process called gluconeogenesis, which is when the body makes glucose from sources other than food. This helps keep blood glucose levels normal.

When the body doesn’t have food for 18 hours to two days, the body starts to rely on stored fats for energy. This causes the body to break down the stored fats.

What happens to your body during intermittent fasting?

When we fast intermittently, many things either don’t happen or happen very slowly when we are always eating.

When you eat, your cells enter growth mode

When the individual cell in your body is well-fed, it is in “growth” mode. Its insulin signaling and mTOR pathways, which tell the cell to grow, divide and synthesize proteins, are active. These pathways, when overactive, have implications in cancer growth.

The mTOR protein is activated by the presence of nutrients, especially carbohydrates and proteins. When active, mTOR inhibits autophagy, a process by which cells break down and recycle damaged or misfolded proteins. In a well-fed cell, there is no need to be efficient and recycle components, as the cell is too busy growing and dividing.

In a well-fed state, your cells are full of energy and their components are highly acetylated. This means that various molecules in your cells, including the “packaging” proteins called histones that wrap your DNA up nicely within the core of your cells, are “decorated” with acetyl groups on their lysine (amino acid) residues. The well-fed cell has many genes turned on, including those associated with cellular survival and proliferation, because acetylation tends to loosen the packaging proteins that normally keep your DNA wrapped up, and lets your DNA be read for protein production.

Your cells activate genes related to cell growth and reproduction when you’re not fasting, but they also turn off other genes. These include genes involved in fat metabolism, stress resistance, and damage repair. In fact, intermittent fasting causes some of your fat to be converted into ketone bodies, which appear to reactivate the genes, resulting in reduced inflammation and stress resistance in the brain.

But during starvation, things are very different

When you practice intermittent fasting, your body reacts to the lack of food by changing the genes that help protect you from stress.

NAD+ activates SIRT1, the calorie restriction mimic and SIRT3, a mitochondria-specific protein involved in autophagy and energy production. Things are really happening when you are in starvation mode! The following text is a description of the different states our cells go through when we fast. It describes how, without food, our cells go into a self-protective mode where they break down fat. At the same time, a molecule called NAD+ begins to rise. NAD+ activates the sirtuins, SIRT1 and SIRT3, which are involved in autophagy and energy production.In this process, the sirtuins shut off genes related to cell multiplication and turn on proteins that help create new mitochondria and that get rid of reactive oxygen species.

The Five Stages of Intermittent (and Prolonged) Fasting

By 12 hours, you’ve reached a metabolic state called ketosis. In ketosis, your body starts to break down and use fat for energy.

Some of the fat produced by the body is used by the liver to create ketone bodies, which serve as an alternative energy source for the brain and other organs when glucose is not available. Intermittent fasting causes the body to use ketones for energy instead of glucose, which has been shown to improve mental clarity and reduce inflammation.

After 18 hours, your body will have switched to burning fat for energy and will be producing large amounts of ketones. You will be able to see an increase in ketone levels in your blood. Ketones are normally present in your blood at low levels, but when you fast or eat a low carbohydrate diet, the levels will increase to 5-7 mM. Within 24 hours, your cells will start to break down old parts and proteins that are linked to diseases like Alzheimer’s. This process is called autophagy.

Autophagy is a process in which damaged cellular components are removed, including misfolded proteins. When cells can’t or don’t initiate autophagy, neurodegenerative diseases may develop as a result of reduced autophagy during aging. Intermittent fasting activates the AMPK signaling pathway and inhibits mTOR activity, which in turn activates autophagy. However, this only begins to happen when you significantly reduce your glucose stores and your insulin levels begin to drop.

From these studies, it appears that prolonged fasting may be one way to increase autophagy and possibly reduce the effects of aging.

Aside from intermittent fasting, there are other ways to improve the function of cells recycling old components. For example, autophagy induced by exercise can delay the progression of heart disease by providing better quality cell parts and reducing oxidative damage.

Similar to how fasting leads to increased autophagy, exercise also inactivates mTOR and activates AMPK which then leads to an increase in autophagy in many tissues.

If you go without food or only consume very few calories, carbs, or protein for 48 hours, your growth hormone level will be five times higher than when you began fasting.

After 54 hours of fasting, your insulin levels will be at their lowest point since you started and your body will be more responsive to insulin.

Intermitent fasting has a range of benefits for your health both in the short and long term. By lowering your insulin levels, you can reduce inflammation, become more insulin sensitive, and protect yourself from chronic diseases like cancer.

Your body breaks down old immune cells and generates new ones after 72 hours.

fasting for a long time decreases the levels of IGF-1 and PKA activity in various cell populations. IGF-1 is a protein that is similar to insulin and has growth-promoting effects on almost every cell in the body. IGF-1 activates signaling pathways including the PI3K-Akt pathway that promotes cell survival and growth. PKA can also activated the mTOR pathway (and, of interest, too much caffeine during a fast may promote activation of PKA).

If you restrict nutrients and fasting, it can lower cellular survival rates and lead to older cells and proteins being recycled. Mice studies have shown that if you fast for a long time (more than 48 hours), it increases stress resistance, self-renewal, and regeneration of hematopoietic or blood cell stem cells. The same thing happens if you fast for 72 hours – it has been shown to preserve healthy white blood cell or lymphocyte counts in patients undergoing chemotherapy.

Intermittent fasting is no more effective for weight loss than a standard calorie-restricted diet.

The weight loss that results from intermittent fasting is not because of some magical metabolic window, but rather because there are fewer overall calories consumed. On days when people are fasting, they don’t usually eat enough to make up for the lost calories, which results in moderate weight loss. Most of the weight lost is fat, while the rest is lean muscle. This is similar to what happens with a standard low-calorie diet.

If you still want to try intermittent fasting, there are a few things to keep in mind. First, there is no data on the long-term safety and effectiveness of this diet. Second, studies show that people who fast intermittently don’t get enough of certain nutrients.

Exercise is another thing to consider. It can help you keep your muscles strong and might also help you lose weight and keep it off in the long term. This is important, because almost one fourth of the weight you lose when you diet is muscle tissue. Scientists have only done research on how well intermittent fasting works for weight loss for a short time.

This text is saying that people who stop following an intermittent-fasting diet are likely to gain the weight back. The author points out that this is a difficult diet to follow long-term, due to the challenge of planning around social events.

The best approach to follow is an eating plan that meets current dietary recommendations and fits into your lifestyle.

A healthy lifestyle will keep dementia at bay