N-Acetyl Cysteine Supplements: The Good, The Bad, The Buzz 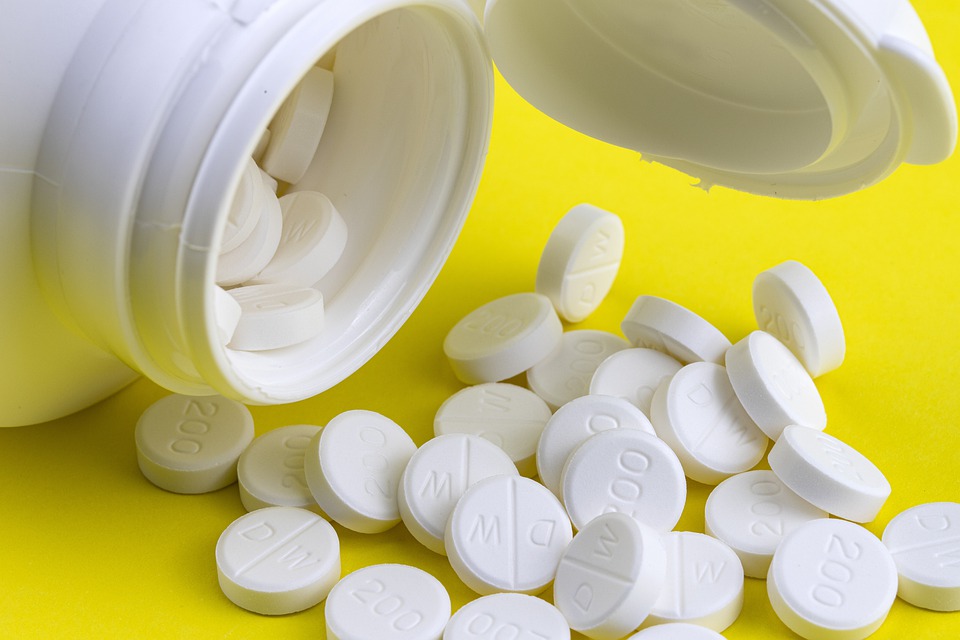 NAC is a medication and dietary supplement that has many benefits. As a medication, it is an effective antidote for acetaminophen overdose. It is also commonly used to break up mucus in the lungs for those suffering from respiratory conditions. NAC is taken as a dietary supplement to support the immune system. It is a precursor to glutathione and regulates the neurotransmitter glutamate while reducing oxidative damage to tissues across the body.

The abbreviation NAC stands for three different compounds: N-acetyl-cysteine, N-acetylcysteine, and N-acetyl cysteine. NAC is a precursor for cysteine, an amino acid that allows the body to perform antioxidant activity. Cysteine is made from methionine and serine, so if a person is low on these amino acids, they may need to take NAC supplements to increase their cysteine levels. Cysteine is found in protein-rich foods like eggs, chicken, turkey, yogurt, and legumes. NAC also regulates the glutamatergic system.

NAC was patented in 1960 and first used by medical professionals in 1968. Currently, the World Health Organization lists NAC as an Essential Medicine because of its role in treatment for acetaminophen poisoning. NAC can be administered in three ways: oral tablet/capsule, IV fluid, or inhaled as a gas. Healthcare professionals often prescribe NAC as a medication, and it is also available in supplement form to the general public.

A healthcare provider should be consulted before taking NAC to determine if it is right for the individual. NAC is not a cure or prevention for any disease.

Although there is little evidence to support health claims, there have been some positive findings that suggest further research is needed.

Integrative medicine practitioners suggest that since NAC can increase glutathione production, it might prevent and manage some health conditions. These include:

There is no evidence to support claims that NAC would help prevent or manage certain types of cancer, cirrhosis or hepatitis, kidney disease, lupus, and more.

One should not rely on NAC supplements as the only method of treatment or prevention for any of the aforementioned conditions.

Healthcare providers give three IV infusions of NAC over 21 hours to treat Tylenol (acetaminophen) poisoning. This helps prevent liver damage and other symptoms of acetaminophen toxicity.

Some studies have found that NAC can help improve symptoms in people with chronic bronchitis and COPD.

The meta-analysis concluded that 1,200 milligrams of NAC per day reduced the incidence and severity of flares compared to a placebo.

Although more research is needed, NAC has shown potential as a treatment for people with COVID-19.

A 2021 study found that taking 600 mg of NAC twice a day for 14 days can reduce the progression of disease, the need for intubation, and mortality. However, the study authors think that these findings need to be confirmed by more research.

Two clinical trials are underway and more research is needed.

Some people believe that N-acetyl cysteine (NAC) could help reduce the chance of developing heart disease. They think that NAC might work by lessening the amount of oxidative stress on the heart. Oxidative stress happens when there is an unevenness of free radicals which harms your body’s cells and tissues.

Daily use of NAC may help to reduce hypertension, which is a significant factor in atherosclerosis.

A 2015 study in the American Journal of Clinical Nutrition found that people who supplement with NAC had a significant drop in systolic and diastolic blood pressure after four weeks, regardless of whether they smoked, their weight, or their blood lipid values.

NAC has also been shown to lower homocysteine levels in the blood, which in turn can help reduce the risk of heart disease. However, more research is needed to understand the long-term effects of NAC on blood pressure.

This study was limited by its low participant number.

N-acetyl cysteine (NAC) is a supplement that has been shown to improve fertility in people with varicoceles.

A 2016 study found that people who took NAC before and after surgery to treat varicoceles had higher conception rates. However, this study was preliminary and only had 35 participants.

N-acetyl cysteine (NAC) is a supplement that has been shown to help with the symptoms of PCOS, according to a 2015 systematic review in the journal Obstetrics and Gynecology International.

NAC did not help with other common PCOS symptoms such as weight gain or irregular periods.

NAC may play a role in glutamate dysregulation and inflammation, which are apparent in psychiatric conditions. NAC supplementation has been studied as a possible adjunctive (add-on) therapy for several psychiatric disorders:

Although some studies suggest that NAC may improve symptoms of depression or bipolar disorder, more research is needed to confirm these effects.

Although NAC supplementation has been studied for its ability to reduce the severity of symptoms of obsessive-compulsive disorder, the results of these studies are mixed.

A 2019 study published in Psychological Medicine found that supplementing with N-Acetylcysteine (NAC) may improve symptoms in individuals with schizophrenia.

NAC should not be used in place of medical treatment for mental disorders, but rather as a supplement to it. This should only be done under the supervision of a healthcare professional.

NAC is a supplement that is taken by some people in order to improve their health, but there is not much evidence that it actually does this. There have been some small studies of NAC, but they have not shown that it is very effective. More research needs to be done in order to determine whether NAC is truly beneficial.

According to the NAC research, NAC is an effective treatment for acetaminophen or paracetamol overdoses and respiratory conditions. However, more research is needed to determine its efficacy in treating other health conditions.

There may be side effects of taking NAC, including but not limited to:

NAC interaction with nitroglycerin could have possible side effects. It is important to check with a healthcare professional or pharmacist before taking NAC as a dietary supplement.

This is a difficult position for retailers because NAC is a medication that is also available as a dietary supplement. The FDA requires that all claims made by retailers about NAC must be accurate and based on science. Some companies had been claiming that their products could cure cancer or hangovers, which led to Amazon’s decision to remove NAC products from their stores.

The FDA and retailers are disagreeing about how NAC should be marketed, not whether it is an effective treatment for certain medical conditions. NAC is available to purchase, but it is important to figure out the correct dosage and if it will be effective for you before taking it.

Different forms of NAC exist for different purposes, including inhalants, intravenous doses, and oral doses. The most effective form to take depends on the goal or intended use. Inhalants work best as a mucolytic, while IV therapy is useful for acetaminophen or paracetamol overdoses. NAC also exists in effervescent tablets, oral tablets, and capsules, each designed for different purposes. When NAC is needed, it’s important to get the right dosage and form, so it’s best to follow the guidance of a licensed medical professional.

Although cysteine is produced by the body, and can also be found in high protein foods, deficiency is not common. People who follow a vegetarian diet may be more likely to be deficient, especially if they do not eat many plant-based foods that are rich in cysteine.

The FDA has recently announced that it considers NAC to be an FDA-approved drug, and as such, it cannot be sold as a dietary supplement. However, NAC has been used in supplements for years.

Several nutrition groups have asked the FDA to reconsider its stance on NAC, which the agency currently does not consider a dietary supplement. The FDA has not yet made a decision on whether to allow NAC to be used in supplements, but is considering doing so.

Although NAC is generally safe when used appropriately, there are a few instances when it may not be safe to use it:

If you are pregnant or breastfeeding, speak with your healthcare provider or OB/GYN before taking NAC to determine if the supplement is right for you.

Oral doses of NAC have not been proven to be safe or effective for children, so unless a healthcare provider tells you otherwise, children should not take NAC supplements.

People with bleeding disorders such as hemophilia or Von Willebrand disease should avoid taking NAC as it can slow blood clotting.

Although research is conflicting on the benefits of NAC for those with kidney disease, some people still decide to use it. However, there are no established guidelines for dosage or use. If you have kidney disease, it is best to check with your healthcare provider first before using NAC.

If you have asthma, use caution when taking NAC unless you are doing so under medical supervision. NAC may cause bronchospasm when inhaled or taken orally.

Do not take NAC with some medications unless you have been told to do so by a medical professional. NAC may interfere with blood tests and slow down blood clotting, so it is advised to avoid taking it 12 hours before a blood test and for 2 weeks before any planned surgeries.

NAC has few known drug interactions. However, it may intensify or interfere with the action of some medications, including:

NAC may intensify the effects of the nitrates used to treat angina, which could lead to more severe headaches.

If you are taking blood thinners, you should not take NAC unless you are being medically supervised, as it can increase the risk of bleeding.

Herbal supplements such as NAC, casein peptides, L-arginine, niacin, and stinging nettle may contribute to lowering blood pressure, which could lead to hypotension.

Chloroquine: NAC supplementation may interfere with its intended action.

How to Store NAC

You should keep NAC supplements at room temperature in a cool, dry room. You should throw away any supplements that have expired, are discolored, or look like they are deteriorating.

NAC may have an odor that smells like sulfur, but this is normal.

NAC is not a naturally occurring amino acid, but is the synthetic form of cysteine that is used in supplements or medications. Cysteine is found naturally in foods such as chicken, turkey, red peppers, and garlic.

NAC is a drug in the United States and many manufacturers and sellers have pulled the products as a result of the FDA statement.

Yet, NAC is still available over-the-counter in several formulations, including:

The FDA is currently considering a ruling that would permit the use of N-acetylcysteine (NAC) in dietary supplements, despite the fact that it is already an FDA-approved drug for the treatment of acetaminophen poisoning. This is due to the fact that NAC has recently been shown to be an effective dietary supplement for a variety of other health conditions.

N-Acetylcysteine supplements taken orally have been suggested as a way to help manage symptoms related to several conditions, including COPD, heart disease, PCOS, psychiatric conditions, and more recently COVID-19. However, there is limited evidence to support these benefits, and more research is needed. You should speak to your healthcare provider to determine whether taking N-Acetylcysteine supplements is appropriate for you.

Eliminate the poison from your stored food supply: Swap your stash for lab-verified storable foods for long-term food security

Benefits of fish oil for arthritis