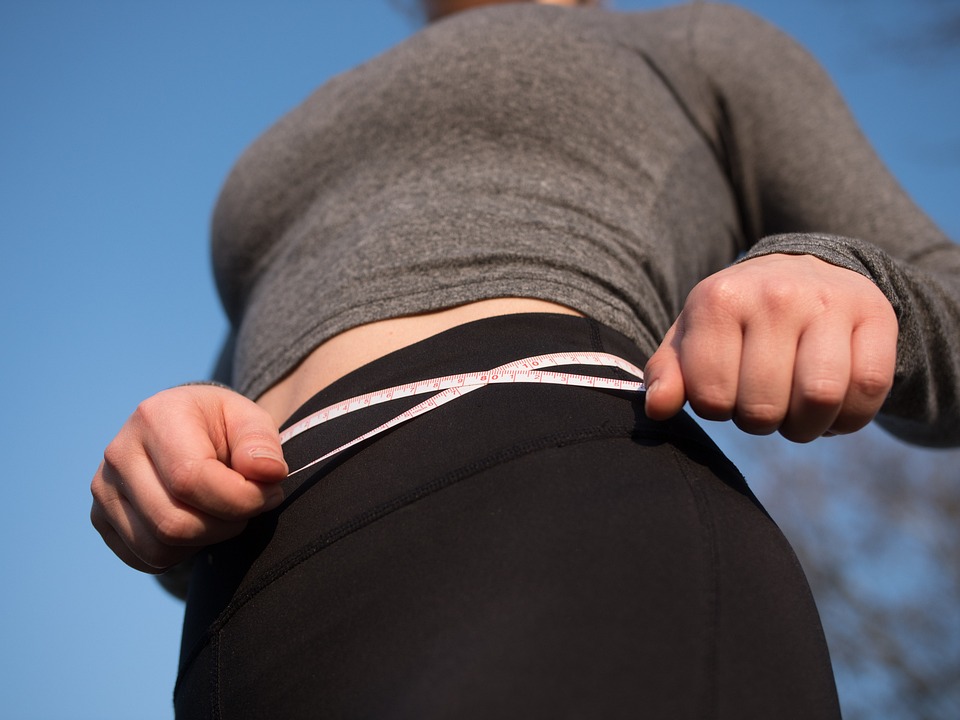 The rumors say that cutting carbs is the only way to lose weight. It’s all about pH balance. This fat-fighting food is all you need.

The secrets of people who have successfully lost weight and kept it off have been revealed in a large-scale study out of California Polytechnic State University. They believe that it is important to continue trying even when facing difficulties. It is not surprising that it is also critical to adopt long-term healthy eating habits.

“Weight-loss maintainers saw setbacks as part of their successful journey. Setbacks were not described as failures,” said Suzanne Phelan, a professor who led the research, in a Cal Poly News report. “They were seen as a temporary interruption in their path. Many weight-loss maintainers described getting back on track at the next meal or the next day and measuring overall success based on long-term goals.”

Few people are successful in long-term weight maintenance. Researchers examined over 4,700 Weight Watchers participants who had lost a significant amount of weight and were able to maintain it long-term, as well as a control group.

The results? As reported in Obesity: The Journal of The Obesity Society, those who maintained their weight loss followed a weight management strategy that included the following behaviors:

And guess what: it gets easier! The longer someone is able to keep the weight off, the more likely they are to be successful in the long term.

Why is it so hard to lose weight?

It’s tough to lose weight because you have to change your behavior and your attitude toward food. You need to be aware of the reasons why you’re overweight in the first place.

The thyroid gland regulates the body’s metabolism, so an issue with thyroid function can lead to weight gain. The gut microbiome is the collection of all the microorganisms (bacteria, fungi, etc.) that live in the gastrointestinal tract, and an imbalance in the gut microbiome has been linked to obesity. Sometimes your weakness is emotional eating. Weight gain and fat accumulation can also be caused by certain medications and medical conditions.

There is a wide range of diets available: keto, paleo, vegan, flexitarian, Mediterranean, and others. Any diet that makes you more aware of what you are eating and leads to you eating fewer calories will be successful.

Losing weight is difficult because it entails changing your behavior and the way you think or feel about food. After all, there is a reason you are at the weight you are now.

There are many different types of diets, including keto, paleo, vegan, flexitarian, Mediterranean, and many more. As long as you are aware of your food choices and intake fewer calories, any diet will work.

The popular keto diet is high in fat and extremely low in carbs. This diet is often used by people who want to lose body fat. A study published in the Journal of Hepatology in August 2019 suggests that a more moderate Mediterranean diet is the better way to go, throwing keto’s effectiveness into question.

Visceral fat is a harmful type of fat that is stored deep in your belly and around your organs. People on the low-carbohydrate Mediterranean diet lost more visceral fat than those on the low-fat diet. The Mediterranean dieters not only lost more weight but also saw bigger improvements in heart health than the low-fat eaters. This is after taking into account the positive effects of fat loss.

There is a significant amount of research on the benefits of the Mediterranean diet, which is based on consuming healthy, unsaturated fats from sources like olive oil, avocados, fatty fish, nuts, and seeds. The study found that those who follow the Pioppi Diet have a lower BMI, on average than those who don’t follow the diet. They also found that people who follow the diet tend to have a smaller waist circumference and that they lose weight at a healthy pace.

Be Consistent About the Time of Day You Work Out

It doesn’t matter when you hit the gym, whether it’s in the morning or after work. Exercise timing might actually be more important than previously thought, according to an August 2019 study on Obesity.

This study included 375 individuals who had successfully lost a minimum of 30 pounds and kept the weight off for at least one year. All participants in the study got regular exercise. Most people were consistent about when they worked out, whether it was morning, afternoon, or evening.

The study found that morning exercisers lost more weight, on average than people who worked out in the evening; however, more research is necessary to determine why that might be the case, the study authors noted.

That means any food that is not obviously unhealthy, like breakfast cereal and fruit-flavored yogurt or frozen turkey meatballs and store-bought marinara sauce, is included in this category.

Previous research has linked ultra-processed foods to higher weight, including a December 2017 review in Current Obesity Reports. While studies have found a correlation between certain foods and weight gain, they have never shown that these types of foods cause weight gain.

Have you heard this one before? You don’t have to do one continuous 10-minute exercise to reach your weekly goal.

After reviewing all the available scientific literature published on the topic since 2008 (the last time the guidelines were updated), the U.S. HHS released the new Physical Activity Guidelines in November 2018. The science backing the new advice was published in major medical journals this year, including the June 2019 issue of Medicine & Science in Sports & Exercise.

It is not just formal exercises that count towards your daily aerobic activity quota, even just climbing a few flights of stairs for a few minutes, according to the American College of Sports Medicine (ACSM). And all of it is good for your health.

Consider Eating Earlier in the Day

There has been a lot of talk lately about intermittent fasting, which is alternate periods of fasting and eating.

Health plans that involve fasting typically have different rules for what to do on fasting days. For example, some people may fast every other day, while others may eat normally five days a week and then severely restrict calories the other two days. Time-restricted eating is a variation of intermittent fasting in which you limit your eating to a certain window of time each day, usually during daylight hours.

“If you’re restricting after-dinner meals, you have a longer fasting period, and that’s going to have beneficial effects on your metabolic health,” according to William Kraus, MD, professor of medicine in the Division of Cardiology Medicine at Duke University School of Medicine.

Several studies have found that Intermittent Fasting can be effective for weight loss, but the most comprehensive study was published in October 2019 in the Journal of Clinical Medicine. The research found that intermittent fasting leads to a lower BMI and fat mass compared to a control diet.

The August 2019 Obesity study is the first of its kind to examine why IF might be an effective weight-loss method. In this study, researchers looked at how many calories people burned when they ate over a period of 8 hours, as opposed to eating within a shorter time frame of just 8 hours.

H. Chan School of Public Health This small study provides some insight into how IF affects weight loss, but we need more thorough testing that follows subjects for more than a year before we can be confident in our recommendations. H. Chan School of Public Health. According to the Academy of Nutrition and Dietetics, future studies should look into any negative side effects, such as nutrient deficiencies.

Ready to start your fat-burning journey? No matter what plan you choose, these foods are good ones to steer clear of: 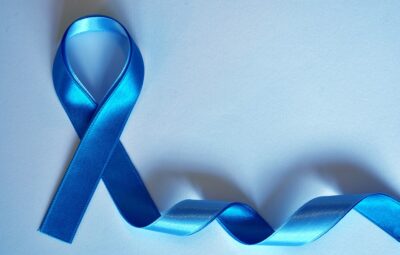 Prostate Cancer – What Is a MRI? 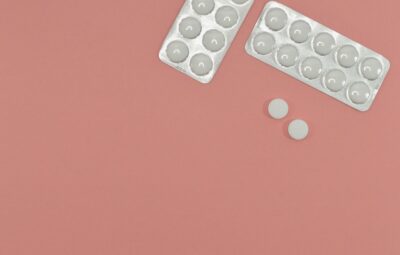 The Many Benefits of Vitamin K 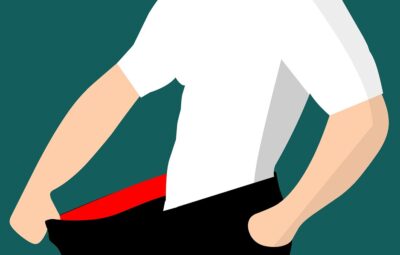 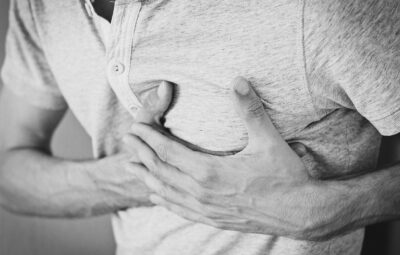 How to Improve Heart Health 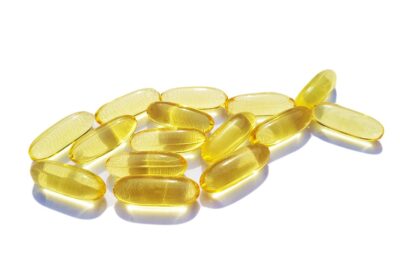 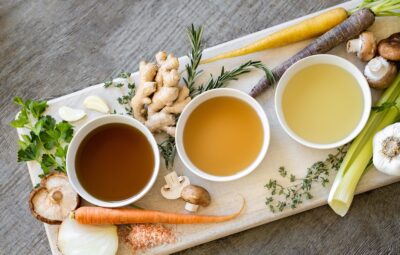